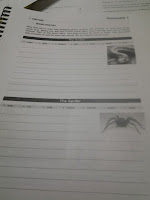 We started working on Poetry in my class today. First I assigned all of the students an animal and gave them some keywords and told them to write me a poem. No rules or regulations, just... write a poem. Then we listened to volunteers read their poems. Most were very dark, but a few were light. Some rhymed, some used a meter (though I am not sure they knew it). One was just a series of questions.

We just finished reading, "Thank you Ma'm," by Langhston Hughes so we went over some of his poetry about dreams. 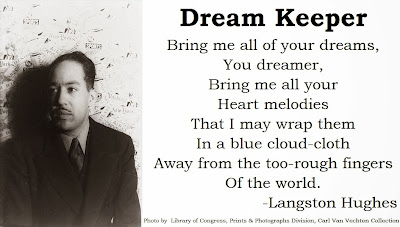 Then I passed out a sheet that had a few of Langston Hughes poems. "Dream Keeper", "Dream Differed", "I too", etc.

I've been preparing for this for a while so we have already talked about dreams in class. We have some dreams for the world, some for Mexico, some for our generation, and some personal dreams. 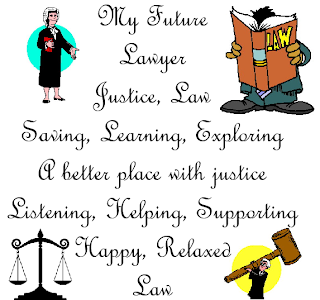 We quickly rehashed their dreams as I passed out papers to each student. Each student receieved a different type of poem (Acrostic, Haiku, Catalog, etc.). I asked them to use that type of poem to make a poem about their dream. They read the directions, saw the examples and wrote their own type of that poetry.

If they finished early I looked over it and fixed any mistakes, or encouraged them to make another one about a different dream (or continue the poem about the same dream).

You can see one of the student's dream poems to the right. It discusses her dream of becoming a lawyer in the future.

Then they watched a video of me explaining a type of poetry. (Note the volume is low so you may need to adjust your sound)
After I showed them the example I asked what they noticed. They pointed out:
They also mentioned subtitles, but I told them that was optional and not needed for their classwork.

They were divided into groups of other students who had their type of poem. Some groups picked the best poems from the group and used those as their examples. Other teams chose to write poems together. I checked to be sure each group had a tablet or cell phone to make the video. If not I had my laptop, tablet and camera available for them to use (all of the groups had technology so mine was not needed).

These videos are shared with the rest of the class and compiled into one video the students can use a resource for the different types of poetry in the future!

Overall this was a really fun class! They worked well in groups and spoke a lot of English to direct things. Making the videos took about 2 minutes, but preparing to make them took about ten.

This is tying into the dream flag project my students are working on, but I'll post about that next week.
Posted by Carissa Peck at 4:59 PM