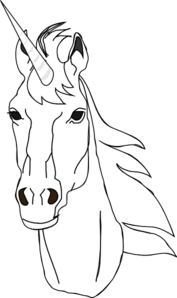 This blog is written for the 36th edition of the ELT Blog Carnival focusing on how to use videos in education!

Some background. This lesson is designed for high school students whose overall semester has covered multiple themes of tolerance (e.g bullying). They have been introduced to the topic of participial phrases and appositives and this activity is to help them practice adding them to normal sentences, finding errors in sentences and producing their own sentences.

This movie is in German, but I find that works well with my students because the dialogue is limited (only 6 phrases) and they focus more on the actions (useful for participial phrases!). It is also really brief (just 3 minutes!) meaning you can play it a few times without eating into your class time too much. If you study the holocaust at all with your students this is a really great video to incorporate into your class.

My students tend to really enjoy making videos. We have done video adaptations for literary comprehension, but this one is fun because there is a lot of talking within the group. They really have to think about how they will make the dialogue fit their purpose. Students got really creative. In addition to the video, they had to give me a script which included actions, feeling, music, etc. It was a fun assignment and the different interpretations were very amusing.

Honestly this was one of those assignments I created because I thought it would be fun and I LOVED the video. I think in the end it turned out to be educational as well :)

Posted by Carissa Peck at 6:58 PM No comments:

The VolleyBall Chronicles: Part 1 or How to not hold your students back


A three part look at what I remember from one month at volleyball camp and how it makes me a better teacher.
Part 1

I was never a stellar athlete, but I competed in a lot of sports when I was younger. Once, when I was a pre-teen, I attended a volleyball camp in the summer. Most of the girls there were athletes who played club volleyball, and they went on to play well in high school and college. I was one of the younger girls; moreover, probably the only one who was doing it, “for fun,” rather than to fine tune my skills. My father was basketball coach and he knew the coach that led the camp, so I got a discount which made it affordable despite my lack of a future as a professional volleyball player.

At the time I only knew how to serve underhand. I knew the concept of an over hand serve, but I had never actually used it successfully. Basically, the ball never managed to get the ball over the net. This camp was all about serving overhand. The coaches saw me struggle (with serve after serve landing before the net) and let me serve from a different line about a foot in front of the other one. This way I was still practicing the skill, but without dejectedly falling short of the net each time. 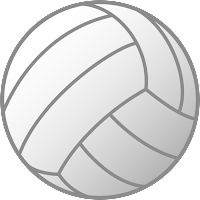 It became a bit of a habit, when there was a rotation and I ended up serving I’d say, “My line, right?” A coach would nod and I’d take the extra step I was so sure I needed. Until one day when the coach was doing an activity where he recorded us all doing the different skills. He wanted to be able to look over our motions, and more importantly have us look over our motions so that we could see what he sees.  After all, there is a difference between a coach saying, “You’re lifting your arm too soon,” and you seeing your arm rise up a full two seconds too soon. (This is true in teaching too, but I’ll save that for another blog.)
I ran over to the server’s spot when it was my turn and looked at the coach, “My line?” He shook his head, “No the camcorder is set up to record everyone from the same line. Besides, it doesn’t matter where the ball lands; this is about technique.” I faltered a bit, but stayed on the traditional line. I took a deep breath, reminded myself it didn’t matter and served the ball…over the net. After that point I served from the normal line. Did I go on to become an Olympic volleyball player? No, but I have picked up some random beach volleyball games I never would have had the confidence to join otherwise.

If you’ve made it this far I really appreciate you humoring me as I divulged a bit of my past; I have a point I swear.

I’ve read several articles lately against differentiation. These articles suggest that students will not rise up to their potential if they are given less strenuous work to do. Sort of a, “water only rises as high as it is pushed.”

This blog is to say that while I don’t agree, I do see the point.

I had gotten used to “my line” in volleyball. It was comfortable there. I knew I could achieve what I needed to achieve without looking inept or wasting everyone’s time. I would have never left that line unless I was forced too.

However, without “my line” there is no way I would have built up the skill without irritating other players, and convincing myself I was useless.

I still think that differentiation is a key attribute to any class. Without it the lower students fall behind and feel unmotivated and the higher students feel bored and unchallenged.

That being said, while teachers should be sure to scaffold heavily for lower students, we have to remember to take the scaffolding away. Don’t always treat your low students as your low students. Let them flourish out of that category!

We remove the scaffolding during a literary circle or in class group presentation. We make sure that the pressure is off and see how far those skills have grown.

Teachers should not treat differentiation as a way of babying students, rather as a way to give some students training wheels. After all, sometimes you just need a little more time practicing the skill before you ride like everyone else.

So that’s that. What do you think? Is differentiation a passing fad that caters to the trend of babying students, or is it something that is here to stay? How do you make sure that your students are still challenged?
Posted by Carissa Peck at 4:47 PM 2 comments:

We all know the pedagogy.  Group work is great. Having students work in teams gets them to practice

Group work offers students the chance to teach one another (and we all know that teaching is one of the best ways to really learn, understand and remember something).

However, groupwork has its downsides too. Often one student will be dependent on others not really giving their full effort. Other times, group-work is not properly divided. I talked about a group once that got in trouble for plagiarism.  They had divided the group work as follows: Student1- Make the drinks they were going to pass out during class, Student2-Write the brochure, Student3- Format the brochure.

Do you see the problem with this? One person was doing all the research, citing, summarizing, etc. while the others did much less work. No wonder the student turned to plagiarism!


Now, part of this is just part of life. Just like in real life, sometimes you'll be doing group projects with people who try to take credit for your work, don't do as much, or are perfectionists who want you to re-do everything you do!

It is true that life isn't fair, but I feel that teachers should make grading as fair as possible.

HERE ARE A FEW WAYS I GRADE TEAMWORK

I'd love to get input from other teachers (or students). How do you grade group work? Do you let students grade one another for teamwork?
Posted by Carissa Peck at 2:07 PM 10 comments:


My students always really struggle with vocabulary despite my many different attempts at helping them learn.

This semester I've decided to give them some help. We'll be making vocabulary mobiles to hang from the class ceilings. These will not have the words on them, but may help them remember words which are on the tip of their tongue during the test.

This is the first time I've done this, so please let me know if you have any ideas I should add!

Right now I plan on assigning each student a different word. We'll have one presentation per class where students look at the mobile and try to guess the word. Then we'll hang the mobile on the ceiling where it will remind until the test.

So far these are my directions:

If you need help finding any of those items please let your teacher know as she can loan them to you for the project.

Using the previous mentioned products you will create a mobile for one vocabulary word from the Walrus and the Carpenter.

You MAY NOT have words or letters on your mobile. 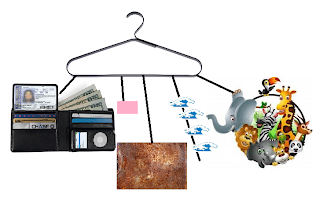 Otherwise, you can use anything you like. Here are some ideas:

Example: What does the mobile here describe? It has: a wallet, a pink square, ocean waves, and a picture of a lot of animals.

A walrus! It is a pink animal that lives in the ocean. The word walrus sounds a  little like wallet and rust.

Can you think of any other ideas I can give them besides the ones listed above? If so please leave a comment or tweet me! Thanks so much! I'll be sure to take pictures and let you know how this goes!
Posted by Carissa Peck at 1:50 PM 2 comments: