Other Ways to Grade Participation

A while ago I posted on using self evaluations for participation grades. I still find it is the best method for me, but some teachers have found it just doesn't work for them.

So, I hoped to share some other ways I have seen participation get graded that makes sense to me.

In high school my Spanish teacher did "Bravos" which were little PostIts with his own stamp on it. When a student spoke up in class, answered a question, did particularly well on an assignment or had a birthday and let everyone sing to them they got a "Bravo" at the end of the semester you put all your Bravos on a piece of paper and handed it to the teacher. He tallied up the average number of Bravos and that became the "maximum." Your participation grade was thus calculated out of that number. So if I had 10 Bravos and the average was 20 I got 50%. My friend with 30 Bravos got 100% and 10 extra credit points which went towards homework. 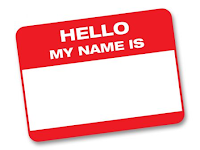 One method that worked well for other teachers was using name cards. Each student received a name card at the start of class. If they asked or answered a question successfully in class the teacher collected their name card. At the end of the class anyone whose name card had not been collected did not receive a participation "point" for the day. Everyone else left their name tags on their desk or a separate pile when they left. The teacher would take attendance every day by passing back the name cards to the class and repeating the process. So this was three fold, it helped them remember everyone's name, take attendance and gage participation. You can grade it any number of ways. Make an average: as before with the Bravos. Make an expectation: "students should speak at least 3 times a week" so they should get 3 points a week. Really you could grade it any way you felt was fair to the class.

I know teacher's that put each student's name on a Popsicle stick or deck of cards. When they randomly select a student they pull out the stick/card if the student participates then the stick/card gets moved to a different place (to give another student a chance). This could similarly be used to gage participation.

As I've said before, these methods, though awesome, didn't work for me. I found self-evaluation to be the best method. However maybe these work better for you.

Anyone else have any unique ways they grade their students on participation?
Posted by Carissa Peck at 10:02 AM

Email ThisBlogThis!Share to TwitterShare to FacebookShare to Pinterest
Labels: Participation