No I am not expecting! I was planning a wedding shower for a friend a while back and I mainly fell back on my teaching knowledge of random games to amuse the guests. So when I was scrolling through free kindle books and found this I thought, "You know, I bet baby shower games would be great in some EFL classes!" Some of them were, and others... not so much. Here are a few of the ones I think I could use in class.

Feed the baby: Great for beginning EFL students (I'd say A1 or A2) learning about food. Think of it as a specified Simon Says. One student volunteers to be the baby (or the teacher starts). The baby starts shouting out random vocabulary. For example, the baby says: "Broccoli" The parents, the rest of the students, have to decide if it is edible or not edible. If it is edible they clap twice. If it is inedible they cover their mouth.

If a parent messes up and does the wrong motion they are "out" and should sit down. Start out slowly but speed up eventually. This should help students recognize food words. The last student standing becomes the baby.

This can also be done with flash cards! While I think this works well with food, you could easily lose the baby and parent scenario and use it for colors or rooms in a house. For example the topic could be "Things we find in a kitchen" Two claps would be: Knives, Drawers, Microwaves. Hands on your mouth would be: bed, toilet, etc. 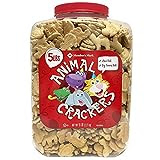 What animal is it? Take a shoe box and put a hole in it. Put an animal cracker in it. Have the student put their hand in and describe it. Can they guess the animal? Great for adjectives (rough, tiny, bumpy, etc.) and animals! You can use a puzzle piece or small toy if you want to avoid food (or have to because of allergies or school regulations. Alternatively put things in plastic Easter eggs and have them describe and guess. Probably best for Primary or Pre-K.

Who is it? Finally an easy ice breaker. Hand each student a post it and have them write three facts about themselves on it. Put a number on it and place them around the classroom. Have students go around with a student roster and guess who is what number.

Name Game! Probably the hardest (I think). Either give all the students a name (your name, a mascot name a celebrity name, a main character's name, an author's name, etc.) or let them use their own. Have them make a sentence with each letter starting a different word, so: Carissa Create Awesome Relics Inviting Super Stars Around. To make it easier have each letter start a sentence: Clearly you are special As such you should be careful. Really think before you decide to do something. If you do that, then your life should be awesome. Should you not follow those directions, things may end badly. So you've been warned. Act cautiously and you'll love life!

So those are just a few ideas from this book. Have you ever been to a baby shower? What's your favorite game? Would you use it in the classroom or keep it away from EFL?
Posted by Carissa Peck at 5:46 PM